How To Help Someone With OCD 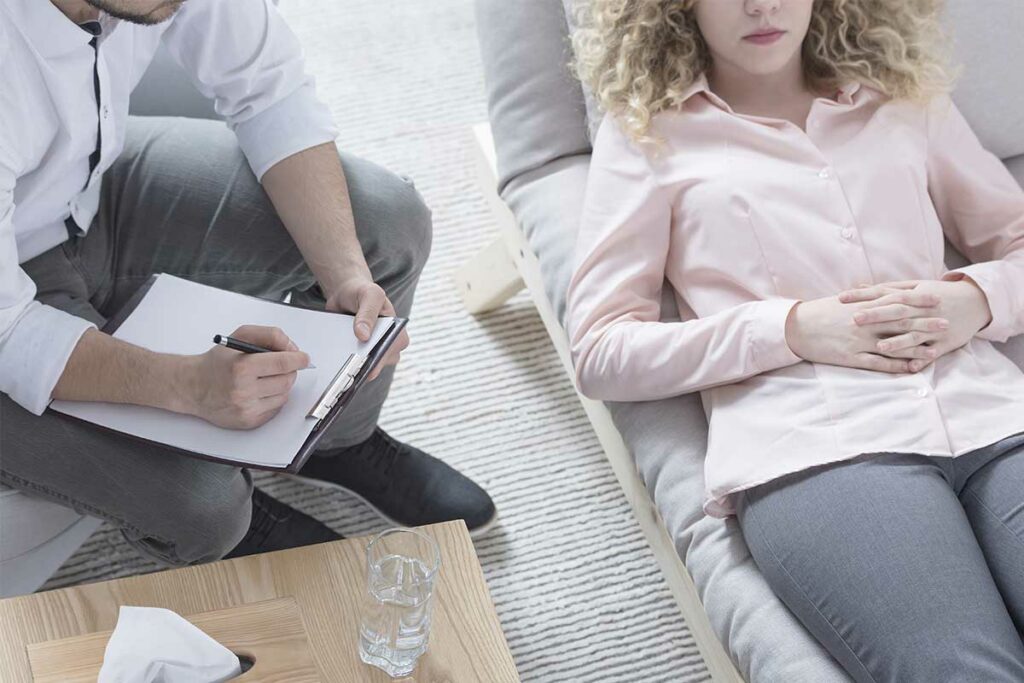 As a mental health illness, Obsessive-Compulsive Disorder (OCD) affects nearly three million people in the United States annually. Though sometimes regarded dismissively in today’s culture, its symptoms can have long-lasting consequences if ignored. But there are treatments, including standard psychotherapy and the use of innovative new treatments like ketamine infusion therapy.

“Obsessive-Compulsive Disorder (OCD) is a common, chronic, and long-lasting disorder in which a person has uncontrollable, reoccurring thoughts (obsessions) and/or behaviors (compulsions) that he or she feels the urge to repeat over and over,” said the U.S. National Institutes of Health.
For example, an obsessive idea could be that certain numbers or colors are “right” or “wrong.” A compulsive habit might be washing your hands multiple times after touching a garment that could be dirty.

HOW TO HELP SOMEONE WITH OCD

Helping someone with OCD takes time and effort, nurturing relationships, finding common ground, and recognizing that positive improvement may only happen little by little. You can help a loved one or friend combat the illness by doing any of the following.

BE CAREFUL WITH EXPECTATIONS

Patients with OCD often report that being told they are making positive improvements can lead to more stress. Be careful when observing their behavior not to spend a lot of time talking about progress, and learn to temper your expectations for improvement.

Progress for someone with OCD should only be measured against that person’s own level of functioning, not to that of others.
AVOID DAY-TO-DAY COMPARISONS
Day-to-day comparisons are misleading because they don’t represent the bigger picture. They may even result in OCD symptoms getting worse.

Patients with OCD often report that family or friends don’t understand the effort needed to accomplish certain tasks, like taking less time to finish showering, or resisting the urge to ask some for reassurance “just one more time.” These may seem insignificant, but telling the person with OCD that you have seen improvements can provide an emotional boost.

Avoid personal criticism. Try to learn as much about OCD as you can. Your family member or friend still needs acceptance and encouragement as an individual, but that does not mean you should ignore compulsive behavior.

BE SENSITIVE TO MOODS WHILE SETTING LIMITS

You may have to be firm about things like:

It’s important to encourage your friend or loved one to take medication as prescribed. Studies have shown that ketamine offers relief to some patients suffering from OCD.
According to some researchers, ketamine can be successful because it runs through the glutamate system to quickly reduce the symptoms of OCD. The International OCD Foundation states: “Glutamate is the most abundant excitatory neurotransmitter in the brain; it is critical to the communication of nerve cells with one another in practically every circuit in the nervous system.”

COMMUNICATION SHOULD BE SIMPLE AND CLEAR

Avoid lengthy explanations as they may lead to confusion and disorientation. Understand that your family member or friend’s illness is sparked by doubt, attempting to obtain complete certainty about something when that is not possible. The goal is to be accepting of uncertainty in one’s life.

YOU DESERVE “ME” TIME

You deserve and need time for hobbies and activities that you enjoy. This “normalcy” keeps you from resenting the OCD and you become a good role model to your friend with the illness – that life is more than just anxiety.

GET HELP FOR OCD

If you know of someone suffering from OCD, try and get that person help. Help may take the form of encouragement, understanding, or helping that person set goals and parameters for daily life. Education also plays a key role in managing symptoms of the illness, for you and for the person suffering from OCD.
To be diagnosed, the person must exhibit symptoms of the O (obsessive) and C (Compulsive) at the time of an examination. As with other mental health illnesses, Obsessive Compulsive Disorder is treated following a diagnosis, undertaken by a mental health professional after an initial exam by a medical doctor. A psychologist or psychiatrist will make a diagnosis after consulting with the Fifth Edition of The Diagnostic and Statistical Manual of Mental Disorders.
If you or a loved one are dealing with the symptoms of OCD we can help. We would like to invite you to learn more about the clinical use of ketamine. Contact us today.