Is a Club Drug the New Holy Grail for Depression Treatment 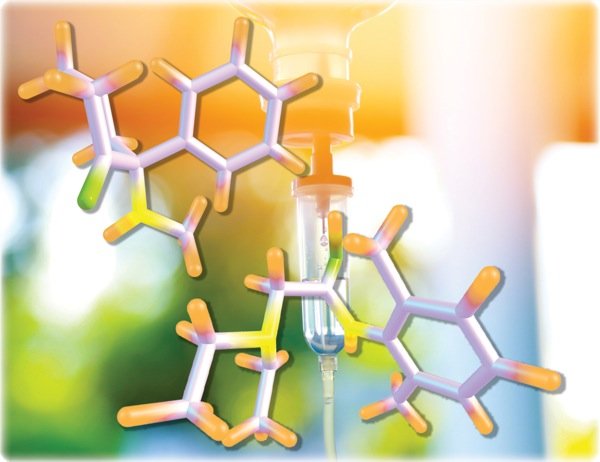 Clinical depression is a mental health condition that affects millions of people every year and is commonly found in those with a substance use disorder or addiction. Very often, people use drugs or alcohol as a coping strategy for dealing with the psychological pain and sadness of depression.

Yes, I am not a great fan of these lifelong clinical diagnoses and yes, there are also many other reasons why people are depressed and/or use drugs and alcohol, but I’ve seen this specific combination hundreds of times. Nevertheless, the unique combination of causes and circumstances means that, oftentimes, the presentation in one individual is somewhat distinctive.

And the same can be said for the appropriate treatment approaches. What works for one person and fits their needs may not work for another. For instance, treatments may depend on socioeconomic circumstances – someone who is living comfortably might do well focusing solely on their mental health and on methods to avoid and reduce the impact of temptation, while someone who is homeless and unemployed might need help with practical resources like housing and food in addition to treatment. A single treatment that will help everyone will likely never be found.

Fortunately, there are many different forms of treatment available for depression and addiction. Medication, for example, is one option that can help with some of the symptoms of depression. Certainly, medication alone is rarely the answer (although for a subset of people it does an incredible job), but there is little question that for a large proportion of people short-, or long-term pharmacological help for depression and addiction are helpful. Due to the vast differences in individual physiological and neurological makeup, two people may respond very differently to the same medication. This means that medications that work well in some situations (and for some people) may produce little response for others.

What Exactly Is Depression?

Major depressive disorder (MDD) is a mood disorder that affects a person biologically, psychologically, emotionally and socially. It is important to note that, while everyone has bad days, and everyone will feel down at some point, MDD refers to much more substantial mood dysregulation. This is depression that has lasted several weeks with essentially daily symptoms and which is debilitating and interfering with normal life. Some of the symptoms include:

Depression is a relatively common condition, with 17% of the population meeting criteria for MDD at some point in their life and about 7% experiencing MDD in any given year. And people who struggle with an addiction are about five-times more likely to also struggle with depression or another mental illness (80% of our IGNTD Recovery participants report struggling with depression). They need treatment options that work for them.article continues after advertisement

If you take anything away from this article, it should be that treatment for depression IS available. The sooner that you reach out for help, the easier finding the right solution will be. Traditional treatment comes in the form of support, talk therapy and medication, among other options.

One of the first steps in any type of treatment should be a thorough understanding of who you are and what is going on for you. Depression can look different in different people, and not everyone will present with the same symptoms. For example, men often appear angry or agitated while women experience guilt and appear sad. Understanding your own symptoms may help tailor the treatment to your specific needs.

Person-centered treatment focuses on what you need and rarely forces (or even cajoles) clients to participate in treatment they’re not inclined to take part in. Not everyone will need or want medication for their depression, but it is available. Because different types of bodies react differently to medication, options are necessary for effectively treating everyone.

Ketamine as a Depression Treatment Method

Ketamine is one such option that may prove to be useful in treating depression. It is a “club drug” that has long been known for its recreational use in the club scene. It is also medically used as a surgical sedative for both animals and children. And for the past few year it has been looked at as a potential antidepressant.

The most unique aspect of this is that pharmaceutical companies are testing Ketamine as a fast-acting antidepressant. This is in contrast to traditional antidepressants that take weeks to produce their therapeutic effect. This delay in action for traditional antidepressants has been one of the major obstacles and complaints associated with their use for decades. Being able to eliminate this gap could prove incredibly useful for millions. Ketamine has been primarily used in clinics that employ intravenous methods, which can be incredibly intrusive and create a real barrier to use. However, in clinical trials going on right now, the introduction of Ketamine in a nasal spray is being investigated. And early evidence suggests that Ketamine can be effective in mere hours! it has been shown to be better at relieving depression that traditional antidepressants.

Ketamine presents the potential to be a very exciting new medication for depression. It is in the beginning stages of trials and it does come with side-effects. People report feeling nausea, disoriented, and feel like they are having an out of body experience. It does work very differently from traditional antidepressants, because it is unlikely that serotonin activity is involved in its action. Ketamine’s mechanisms of affecting depression are being explored and it likely has to do with its NDMA receptor activity. While Ketamine’s use for depression is still relatively limited, this gives people a lot of hope for the future of effective depression treatment and there has been some serious excitement building over the past few years that it could usher a new age for MDD sufferers.

Depression can be a painful and crippling illness. Combined with an addiction, it can even be deadly, leading to suicide. Those who suffer from depression come from all walks of life, all ages, races, and social statuses. The increasingly large number of people effected means that we need to increase options for treatment as well. Ketamine is an exciting possibility that may give relief to millions who suffer from depression and proves that hope and healing are available. Either in combination with traditional medication and therapy or by itself, Ketamine’s fast action on depression could mean the difference between recovery and suicide. Still, it’s important to be cautiously optimistic and resist the urge to believe that Ketamine will be the silver bullet against depression.