Migraines & Mental Illness: How Are They Connected? 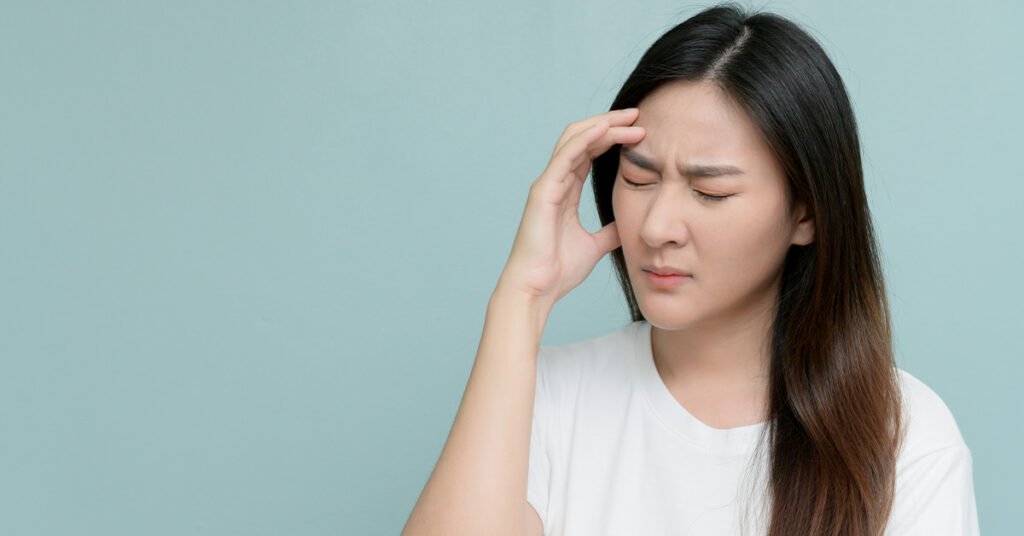 Millions of people suffer from migraines and mental illnesses like depression and anxiety disorders. The symptoms are often the same, making doctors, researchers, and patients alike believe they’re connected – and they’re probably right. Both conditions can be disruptive to all facets of a person’s life, causing work, school, and home problems. But the good news? Both can be treated in multiple ways, including with medicine like ketamine.

What is a Migraine?

According to the Anxiety & Depression Association of America, “A migraine is severe pain felt on one or both sides of the head. The pain normally occurs around the temples or behind one eye or ear.”

Instances of migraines are a huge problem. The American Migraine Foundation says that more than 36 million people in the U.S. have migraines – a statistic that exceeds the number of people suffering diabetes and asthma combined.

What are the Symptoms?

Migraines can evolve through four stages: prodrome, aura, attack, and post-drome. Prodrome features symptoms like constipation, food cravings, mood changes, and frequent yawning. If you’re in the aura stage, you can expect to have vision loss, pins and needles sensations, and trouble with speech. The attack and post-drome stages feature throbbing pain, nausea, vomiting, physical exhaustion, and confusion.

Fortunately, people who suffer from migraines have many treatment options at their disposal, including ketamine therapy.

Migraines & Mental Illnesses: How Are They Connected?

For someone experiencing severe pain from migraines, the only conclusion they can make is that the discomfort is far worse than a regular headache. “They are debilitating and can steal hours or days of productivity and comfort from those who suffer from them. As many as 12 percent or more adults in the U.S. have migraines. Three times as many women are affected as men.”

The same report noted that someone experiencing a migraine is up to five times more susceptible to a diagnosis of depression or anxiety, regardless of age or gender. On the other hand, someone with depression has a three times greater chance of developing migraines than someone who’s not depressed.

Dawn Buse, Ph.D., Director of Behavioral Medicine at the Montefiore Headache Center, said about 20% of those suffering from episodic migraine or migraines 14 or fewer days per month might get depression or anxiety. She said that up to one-half of those getting chronic migraines might develop anxiety.

People with migraines may be at even higher risk of anxiety. A 2017 study by the U.S. National Institutes of Health found even more evidence of the connection between migraines and mental health issues. It posited that people with migraines were up to 25 times more susceptible to anxiety or nervousness daily.

It’s unclear which one causes the other. Depression may be a strong forecaster for developing episodic to chronic migraines, but simply treating a migraine doesn’t necessarily advance measures of depression or anxiety.

Suppose you suffer from migraines or have a family history of them. In that case, a medical professional like a neurologist will diagnose based on medical history, your symptoms, and the results of a neurological and physical examination. Applicable tests include magnetic resonance imaging and computerized tomography scans. In the case of a psychiatric problem, a mental health professional will seek to uncover clues by analyzing your thoughts, emotions, behaviors, and any personal or family history of mental illness before making a diagnosis.

Migraines can be treated in several ways, including pain relievers and sleeping in a dark room. Mental illness and migraines also can be treated with certain medicines, therapy, and ketamine.

If you experience symptoms of mental illness and migraine headaches, don’t wait until either condition becomes debilitating. Talk to your healthcare provider about how they can be diagnosed and whether therapy or medicine can reduce the symptoms. In some cases, ketamine therapy may help to improve your condition.